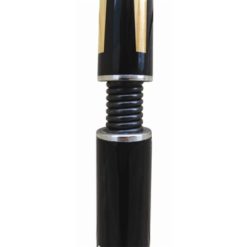 The 360 PureCue Stroke Trainer will train a player to:

On sale for limited time only save $50

The 360 PureCue Stroke Trainer assists in diagnosing the individual flaws in every players cue action and with practice will iron them out.

The level of instant feedback provides the most comprehensive personal development process available to the modern player and will help train a near perfect relationship between a player and a cue.

Neil’s invention is already being used by some of the worlds top players, coaches and academies in the world and is already acknowledged by many as being the most effective cue sports training device ever produced.

World Pool Champion Gareth Potts is currently working with the 360 PureCue Stroke Trainer and is very impressed with the incredible capabilities of the cue.

The 360 PureCue Stroke Trainer incorporates a specially designed self centering spring loaded section that flexes/bends when any uneven distribution of pressure is applied by the player. This forces the player to attempt to balance out the imbalances in their action in their playing position. 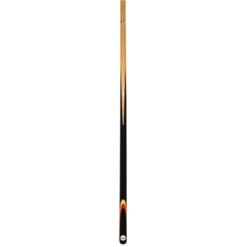